The Aquarelle School of Hagen 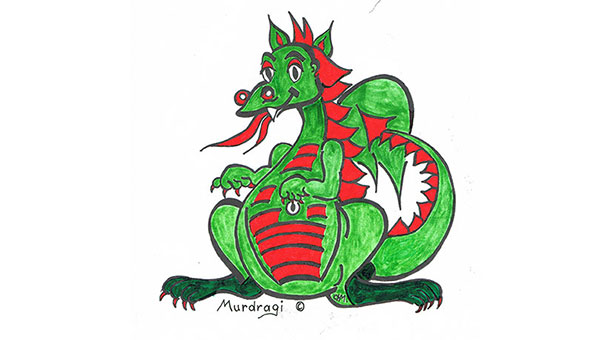 IN THE WORLD OF MURDRAGI

Murdragi, the small mascot of the Aquarelle School of Hagen (Aquarellschule Hagen), accompanies the children on their excursion into the world of art. The small dragon is often a popular motif that the children render on paper with water colours or mould with clay. However, the assumption that there are no limits to fantasy generally holds true.

Christine Meier discovered her fascination with colours and passion for painting as a young woman. Her inspiration was varied: workshops with L. van Bommel, J. K. Biersack, Ch. Walter, among others; a visit to the Summer Academies in Vienna and Bad Reichenhall, as well as painting trips to northern Europe and southern Europe. When she joined the Tusculum artists' association in Murnau, it wasn't long before she began exhibiting her own works of art: reverse glass paintings (Hinterglasmalerei), oil paintings and aquarelles. The art studio grew and so did her desire to share her passion. So she organized art events "In the gardens of Hagen" and founded the Aquarelle School of Hagen in 2006.

Information on the program and dates is available on the website of the Aquarelle School of Hagen and in our Calendar of Events (only available in German).