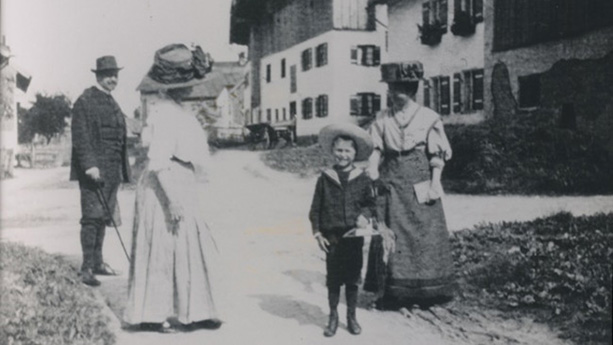 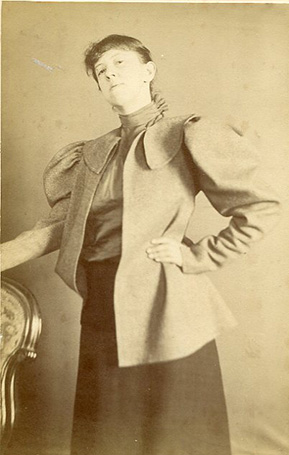 "A life is much too little for all the things that I sense inside myself, and for that, I invent others inside myself and outside of myself. A whirl of invented beings surrounds me and prevents me from seeing reality. The colour bites me all other way to my heart "

Werefkin's colour, regardless of whether it is brilliant, is noticeably frequently interspersed with black. It is a gloomy note that penetrates the beholder of her works of art. It is equivalent to a glance into Werefkin's soul. That is because, in the painter's eyes, art is not free from all function. Moreover, it serves as a counterweight to all of life's trials and banalities. Nevertheless, more than others, the works of art created while she was in Murnau radiates an intensity of colour that by all means is comparable with that of Jawlensky and Kandinsky.

Marianna Wladimirowna Werewkina (1860-1938), daughter of a nobleman, was born in Tula in 1860. Already at an early age, she was raised and educated according to high Western standards that also fostered the young girl's artistic talents. For example, in 1886, she studied under the tutelage of the famous realist and protagonist of the group known as Peredvizhniki (the Wanderers or Itinerants), Ilja Repin in St. Petersburg. She already attracted great attention early on with her portraits in the style of atmospheric naturalism. Her right hand, through which she had shot a bullet in a hunting accident in 1888, never healed fully. Only with the help of persistent practice, did she finally succeed in using painting and drawing utensils again. She soon achieved a level of perfection in realistic painting that brought her the nickname, "Russian Rembrandt".

As of 1891, she worked with Alexej Jawlensky and moved from St. Petersburg to Munich in 1896. There, Werefkin gave up painting for almost 10 years to dedicate herself to promoting Jawlensky's talents. He was supposed to achieve and realise all the artistic goals that were denied a "weak female" in place of her. However, she intensively dealt with investigations relating to painting technique and discussions of art theory and opened her salon at Giselastraße 23 in Munich, in which a lively exchange and dialogue between artists soon took place – this is considered the cradle of the New Artists' Association (NKVM).

It wasn't until the end of a trip through France of almost one year with Jawlensky, that Werefkin began painting again in 1907. In her works of art, she combined the influences of symbolism with Ferdinand Hodler's and Edvard Munch's ideas. The lively exchange and dialogue within the NKVM and a summer of painting in Murnau a. Staffelsee led Werefkin to the subjects that were the determining factors in her works of art: human existence and visualisation of the states of the soul. Accordingly, Werefkin intensively dealt with the changing world of labour in the early 20th century. After the First World War broke out, Werefkin and Jawlensky moved to Switzerland and later to the Italian and Swiss lake, Lago Maggiore. The couple separated in the year 1921. Marianne von Werefkin lived there under precarious material circumstances until her death in 1938.