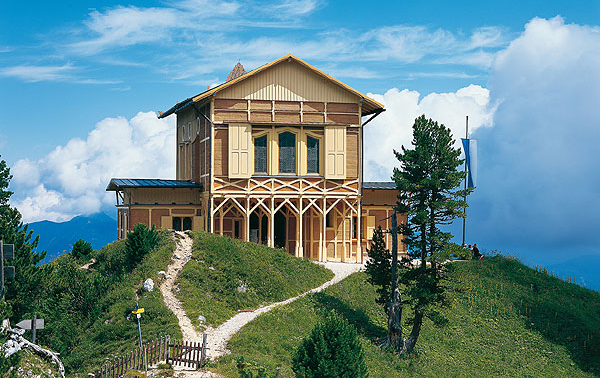 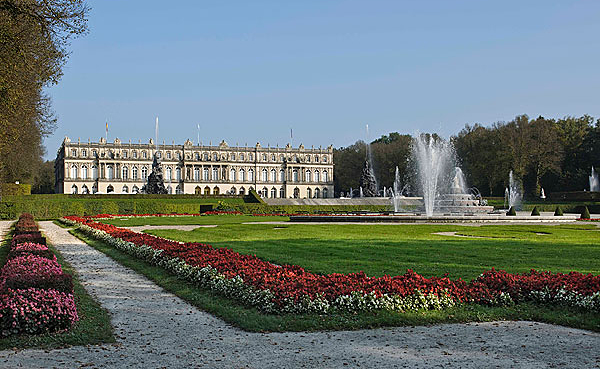 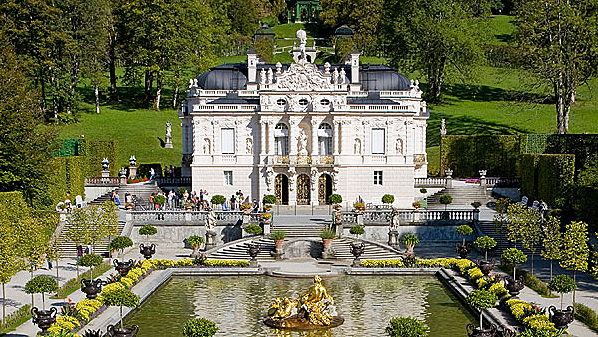 Experience magical moments and immerse yourself in King Ludwig II's world of fantasy made reality. Fairy-tale palaces with enchanting parks are ready to accompany you on your journey into the Blue Land. Travel along the royal route that winds through the imposing landscape of the alpine foothills, leading directly to the town of Murnau. Even though King Ludwig II was unable to realise his dream of a small palace on Wörth Island on the Staffelsee Lake, you will be enchanted by the magnificent buildings and structures in Murnau and its surroundings. Here you can learn more about the royal castles and palaces of southern Bavaria. 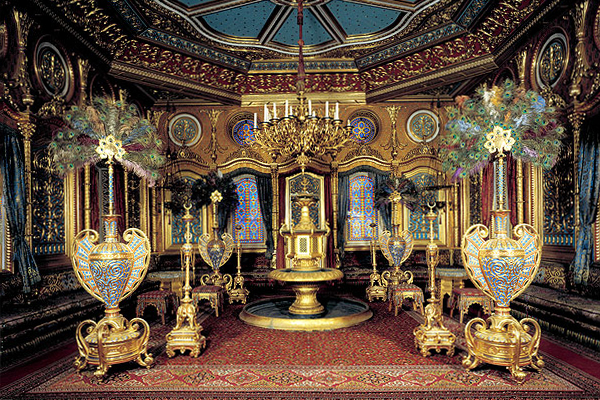 A rustic wooden facade on the outside, glamorous gold on the inside. The King's House on Schachen is probably one of the most surprising buildings created by Ludwig II, the Fairy-Tale King. And the alpine panorama is royal. 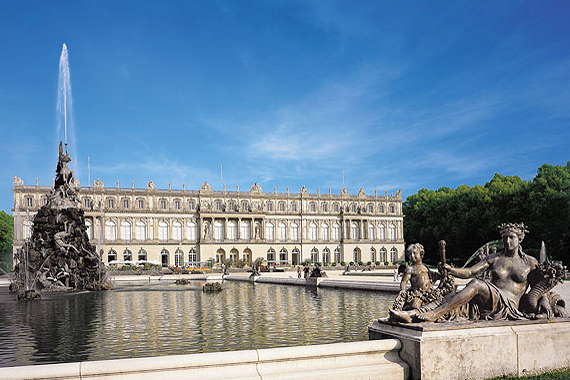 A small-scale version of Versailles: that was the Bavarian king's dream. His dream found its unbelievably beautiful home at the Chiemsee Lake, but King Ludwig II would not live to see it completed. 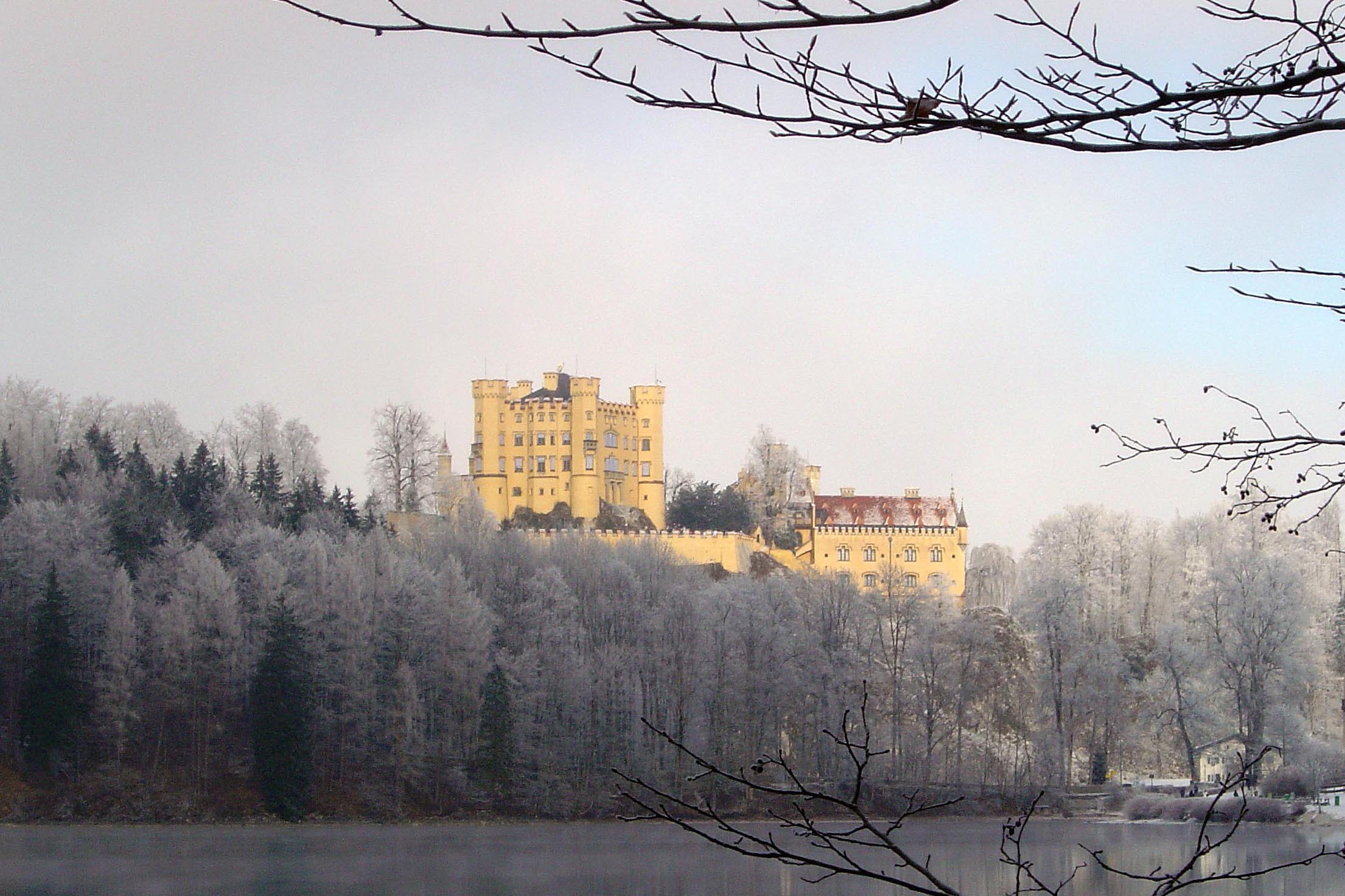 As a baby, Ludwig II used to be rocked to sleep beneath the shadows of the world-renowned castle, Schloss Neuschwanstein. The royal nursery is still in the Hohenschwangau Castle – a forgotten jewel. 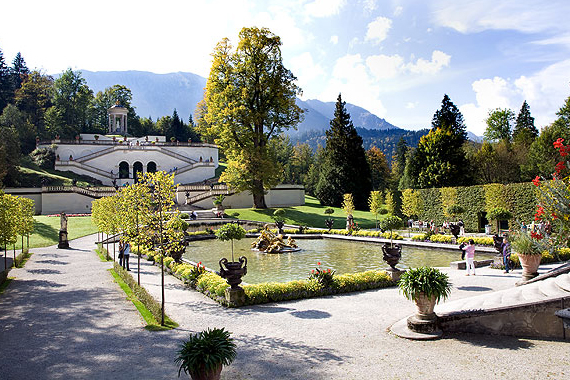 The fairy-tale King Ludwig II had the former forester's cottage in the stunningly beautiful valley of the Ammer River rebuilt into a magnificent palace. Lined by the Ammergau Alps on both sides, you will discover here a uniquely beautiful spot of earth. 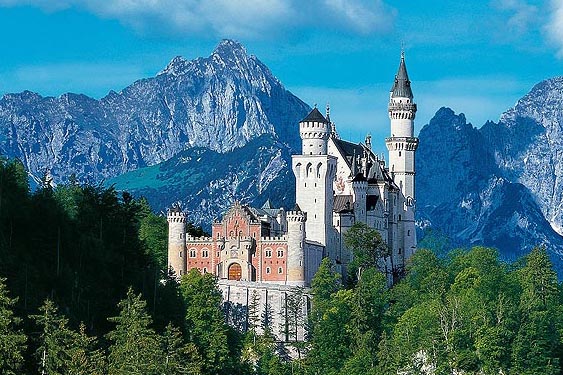 Even if Neuschwanstein Castle is known throughout the world and can't any longer be regarded as an insider tip, one thing remains certain: Its impressive architecture will cast its spell over you, just as it has over so many other visitors.